Public lectures and discussion on ”The European Union’s fundamental values:
Democracy, Human Rights and Rule of Law” at public schools

September 21, 2022 – Public Lecture and Discussion at the Supreme Council of Adjara 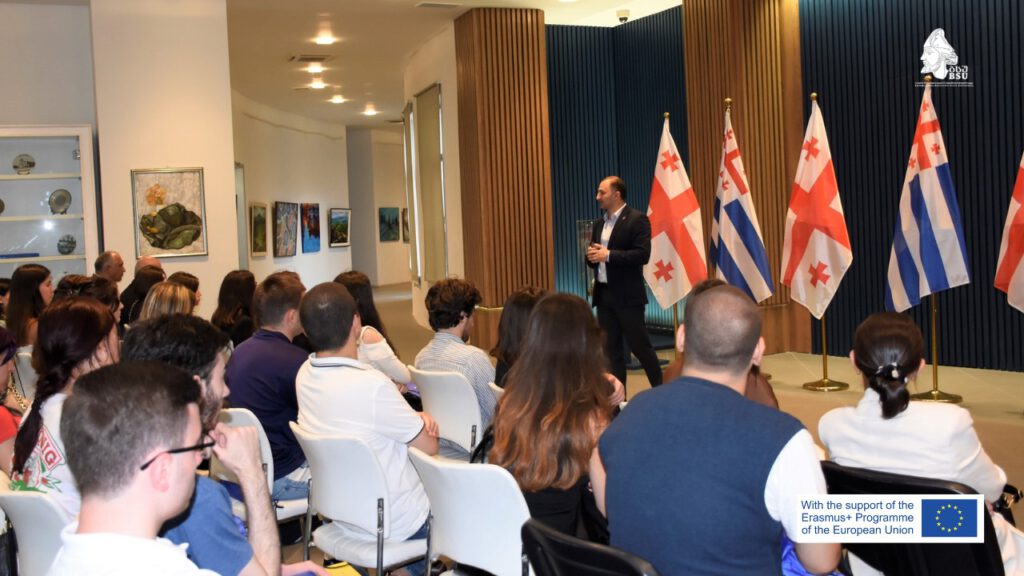 Within the framework of the Jean Monet 2022 summer school program, a meeting was held at the Supreme Council of Adjara, where the chairman of the legislative body introduced the activities of the Supreme Council, the main principles, structure and specifics of law-making to the students. Davit Gabaidze also spoke about the European Union and the region’s relations with Europe. At the end of the meeting, a discussion was held and Davit Gabaidze answered the students’ questions. The meeting was attended by Jean Monnet Chair Malkhaz Nakashidze, Head of Law and Public Administration Department, Associate Professor, Omar Fartenadze.

May 25, 2022 – A public lecture and discussion on “Georgia and Europe: Historical Ties and Modernity” 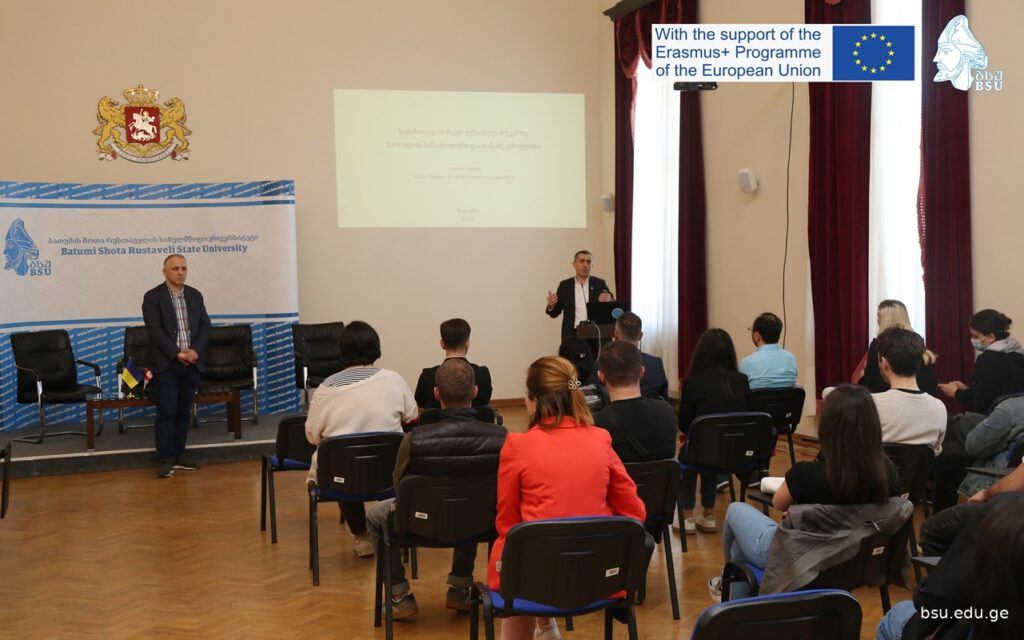 A public lecture and discussion on “Georgia and Europe: Historical Ties and Modernity” was held at the Batumi Shota Rustaveli State University, organized by the Jean Monnet Chair . Lawyer, chairman of the Association of Young Lawyers of Georgia (2018-2020), Sulkhan Saladze delivered presentation “Georgia on old European Maps, Parallels of the Past and Modernity”, and Jean Monnet Chair Malkhaz Nakashidze – “Birth of the European Constitution of Georgia on February 21, 1921 – Batumi and the European Values”. The aim of the event was to promote European values, to introduce the relations between Europe and Georgia to the general public. The vent was attended by 65 participants, including students and academic staff of faculties of Law and Social Sciences and Humanities of the Batumi Shota Rustaveli State University. More info 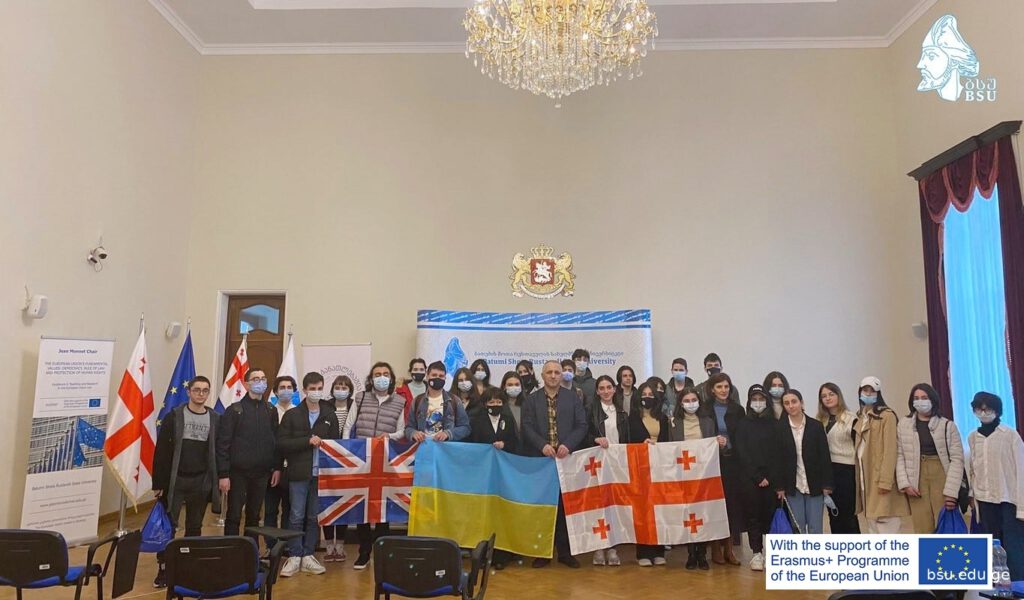 A public lecture and discussion on “Basic Values of the European Union and the Accession Procedure” was held at Batumi Shota Rustaveli State University. The meeting was organized by the Jean Monnet Chair of BSU in collaboration with the English Language Learning Center Eti Holding for public school students. The event was attended by about 40 public school students and teachers.  More info

November 21, 2021 – Public Lecture for the Members of the Student Parliament of Georgia

August 19, 2021 – Public Lecture ​​for the Public School Teachers of the Shuakhevi Minicipality 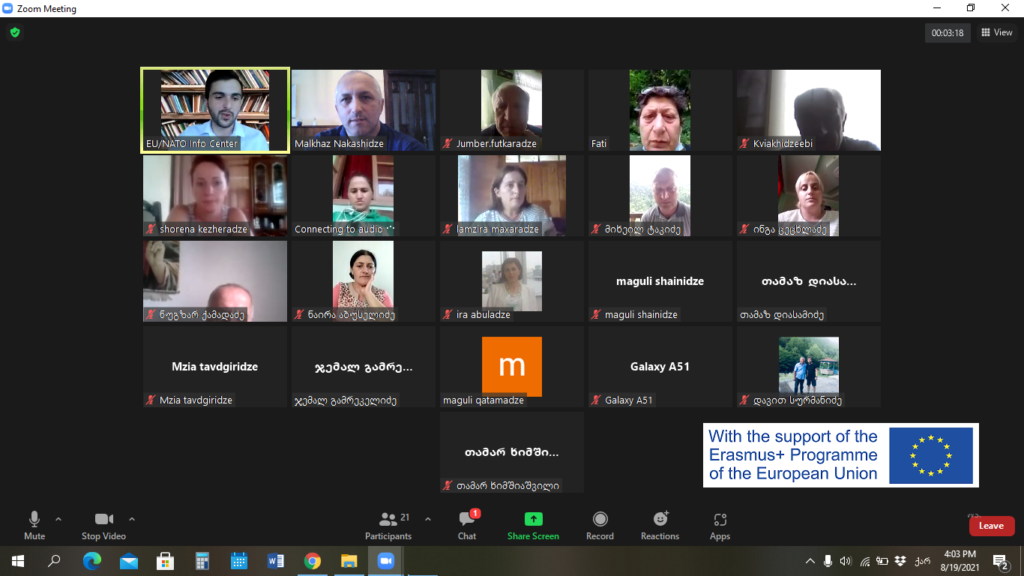 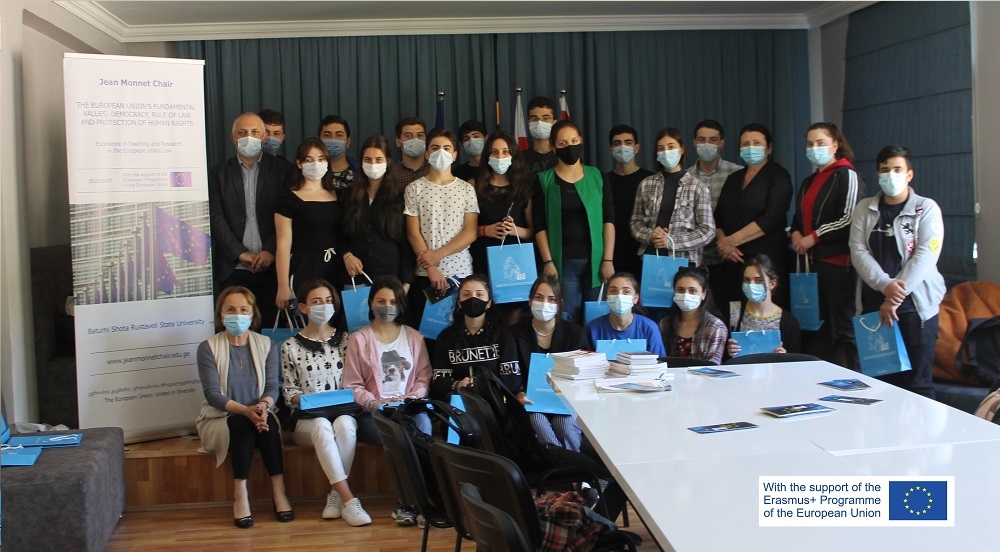 Malkhaz Nakashidze, Jean Monnet Chair of the Batumi Shota Rustaveli State University, delivered a public lecture on “Fundamental Values ​​of the European Union – Democracy, Rule of Law and Human Rights” at Keda Public School. The lecture was focused on issues such as the founding principles, values and institutions of the European Union, human rights protection mechanisms, the challenges of democracy and the process of Georgia’s integration process. The event ended with a discussion with the participation of public school students and teachers, as well as literature on the EU was donated to the school. The event is part of the Jean Monnet Chair project funded by the European Commission. 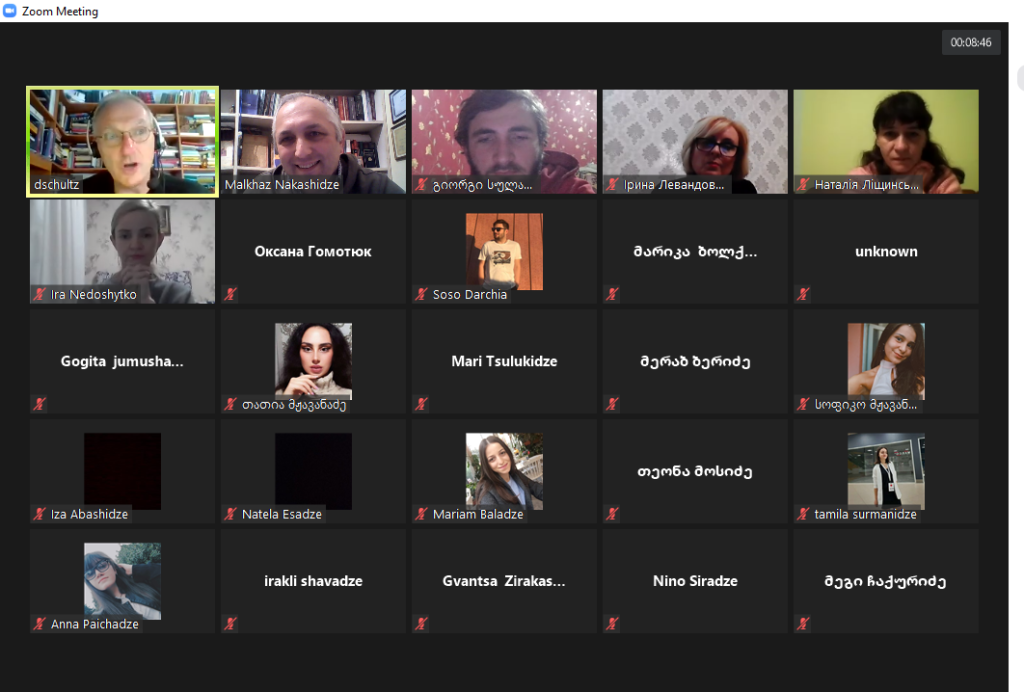